11 Facts About the Mental Health of Senior Citizens

2. Seniors who exercise have better physical health and experience less anxiety and depression.

4. Among older people, medical illnesses like Alzheimer’s and other dementias are a common trigger for depression, and often depression will worsen the symptoms of those other illnesses.

5. Americans age 65 and older have the highest rate of suicide of any other population group in the united states.

7. Researchers at the Rush Alzheimer’s Disease Center in Chicago found that for healthy seniors with intact memory (average age was 80), the risk of becoming disabled fell 7% for every hour spent each week being physically active.

8. Exercising 3 times a week could be more effective than medication in relieving the symptoms of major depression in elderly people and may also decrease the chances that the depression will return over time.

9. Medication side effects contribute to depression in the elderly; the onset of Alzheimer’s disease and other ailments and a sense of loss that are perhaps different from depression younger people may experience.

10. Exercise and strength training helps you look and feel younger and stay active longer. Regular physical activity lowers your risk for a variety of conditions, including Alzheimer’s and dementia, heart disease, diabetes, colon cancer, and obesity.

11. Research shows that a sedentary lifestyle is unhealthy for adults over 50. Inactivity often causes older adults to lose the ability to do things on their own and can lead to more hospitalizations, doctor visits, and use of medicines for illnesses.

*This article and all of it’s sources can be accessed by visiting the following link: https://www.dosomething.org/facts/11-facts-about-mental-health-senior-citizens

The following was published by DoSomething.org, a global movement of 6 million young people making positive change, online and off. 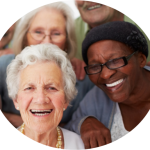