Allowing Others the Freedom to Change

Do we really want others to change their behavior?

Most readers of an article on relationships will be interested in some level of personal change. We may want better relationships, to change an old pattern or habit, to develop better attitudes, or to learn something new. In pursuing these change goals, we typically want, if not expect, others to support us and give us the freedom and emotional space to make our adjustments. But how many of us are willing to allow others the freedom to change themselves?

If a politician changes a position she had previous argued for, she may be accused of being a “flip flopper.” The argument is typically made that the person is not to be trusted, is being manipulative, or has a hidden agenda. Because of the political fallout, the system surrounding politicians provides an incentive not to change—to maintain the status quo no matter what.

Personally, I prefer a politician who, upon gaining new information or learning that he or she is wrong, will make the change and be willing to publicly say so.

Further removed from the limelight, I have seen many spouses want to change their behaviors in their marriages. They may ask a counselor for strategies to be better listeners, to be more empathetic, or to be more affectionate. They may put some of the new strategies into action. They may even think that their spouses will be pleased.

But I often find the opposite to be true: A month into our work together, I may ask the other partner how things are going and if a change has been noticed. To this, the reply is often, yes, but he doesn’t mean it; he’s only (kissing me good night/giving me a hug) because you told him to. In other words, the change doesn’t count because it is new and is inconsistent with what were viewed as this person’s prior attitudes.

In another realm, maybe an anxious friend starts to suddenly behave more self-assured and assertive. This person’s friends might poke fun at him and say, “Who do you think you are all of a sudden?” Should we not want our anxious friend to develop more self-confidence? The same goes for a soft-spoken colleague who all of a sudden expresses an interest in being a leader at work. “He doesn’t have what it takes to lead,” might be the rejoinder.

In the realm of attachment styles, a spouse might criticize a dismissing partner for not opening up and saying how he really feels. But when he does open up, the spouse tells him how he is wrong and does not have a right to feel that way. This is a fairly common occurrence and obviously thwarts what was stated as a desired change. Similarly, a dismissing person might wish the anxious partner would stop asking for so much affection and reassurance. If only they would be more outgoing and independent. But then when they start going out with friends and doing their own thing, our dismissing person might very well become jealous and angry.

Do we really want people to change?

Like it or not, change, even good change, is anxiety inducing. And we do not like anxiety. We might not even be conscious about it, but it governs our behavior all of the time. Why else would we make fun of an anxious friend trying to act confident and self-assured? In order to keep anxiety at a minimum, we like to maintain equilibrium in our relationships, even if the status quo means a dysfunctional system at home or at work.

So, why don’t we want other people to change? Here are a few possibilities:

People who are really changing rarely say, “I’ve changed. I’m a changed man.” But, you can give this person the benefit of the doubt. Just tell yourself, “Time will tell.” Take whatever steps you need to protect yourself but take the person at their word, at least in terms of giving them enough time to show that the change is real.

For example, if your dismissing husband is generally cold and distant and then starts saying, “I love you,” you might reject it and say, “You don’t love me.” But look at it this way: Being allowed to act more loving toward you might actually result in him feeling more tenderness for you in his heart.

An old adage in some models of psychotherapy was, “Figure it out and then you can change it.” But to allow someone else the freedom to change, you might consider using some of the principles of “behavioral activation” articulated by Martell, Dimidjian, and Herman-Dunn in their 2010 book, Behavioral Activation for Depression: A Clinician’s Guide. One of the core principles of behavioral activation is: “…one of the quickest ways to help people change how they feel is to change how they behave.”

Another principle of behavioral activation is that change may be easier when starting small. Alcoholics Anonymous has a saying, “Fake it till you make it.” This might mean making small approximations of the desired change. Can you be patient enough to let the person practice a behavior until it becomes habit?

Change is difficult enough when we are doing it ourselves. But we know our own motives, so to us it is OK. But to allow others to change fills us with doubt and distrust. Remember: Each person has his or her own path through life, a path that will be much easier if we learn to tolerate our own anxiety enough to allow others the freedom to change. 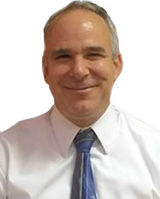 Hal Shorey, Ph.D., is a licensed psychologist specializing in helping people understand and change how their personalities and the ways they process emotions influence their adult relationships.